The City of Lost Children

Caro and Jeunet are the incredibly talented, twisted duo behind 1991's Delicatessen, and this film is likewise set in some retro-futuristic universe: its characters garbed in '40s frocks and smocks; its gizmos a combination of Jules Verne and Rube Goldberg; its evil army of cyclops equipped with sophisticated lenses that allow them to see in the dark. And boy it is dark: The city of the title is a gloomy harbor burg, where vermin scurry down dank cobblestone alleys, foghorns belch into the night and children suddenly, mysteriously disappear.

And where it could be a better place to watch such a story than aboard of a ship?
Monday 17th November 2014
Eleonore Ship, Am Winterhafen 29 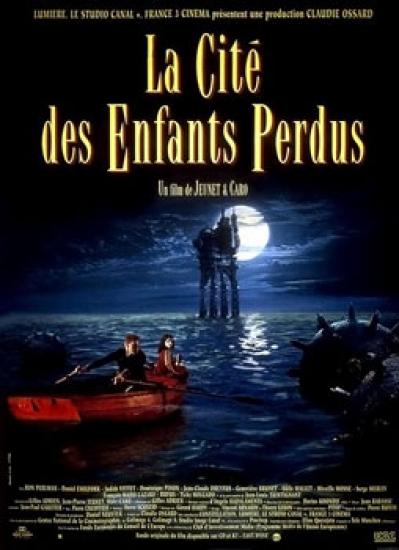