Drawing on a C. S. Forester, starring Humphrey Bogart as Charlie Allnut, the grease-stained, unshaven captain of the African Queen, a small steam launch plying the river trade of German East Africa in 1914. Katherine Hepburn, her hair tied back and her neck held straight in a high Victorian collar, would be Rose Sayer, the spinster sister of a pompous English missionary (Robert Morley) doing his best to bring the blessings of Methodism to a small village. When German troops destroy the village and drive her brother into fatal shock, the fastidious Rose has no choice but to throw in with the gin-soaked Charlie, joining him on the sputtering boat to make their way downriver to Lake Tanganyika, where a German gunship awaits them.

And where it could be a better place to watch such a story than aboard of a ship?
Monday 2nd June 2014
Eleonore Ship, Am Winterhafen 26 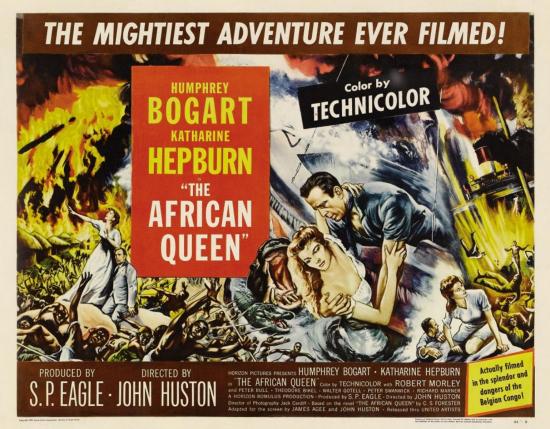