A report from the Field: Data flows and the open field.

Backwater winter harbour, Linz. We land in a summers evening with the call of house-martens and swallows. Beer and introductions over deep, dark quiet waters. Questions and guidance exchanged over broken bread, bottles tops and tales of inland waterways.

So close to the Danube, International waters, the bustling industry and the non-place of a river that stretches through multiple territories. Here, the life blood flows coal black, feeding the orange glow of a sunset made of steel as furnace doors open behind the docks of this inland coast. A space for slowing down to observe, to measure and consider the economic serpent, whose coils roll at one million litres of hydro resource every second. Figures and statistics through which to shape the view, a landscape of deep flowing data.

After an eventful night, in which death stalked our riverside, we are back to life. Fuzzy but awake after a swim in the harbour, data gone. Refreshed. After Linz, we cycle home to the Eleonore in drop dead heat. More beer and endless faces, all of whom are excited and delighted to be a float with in the cooling summer night. And to cruise, past Smithson like poured forms, the dregs and slag of steel, set with trees and minor acvalanches, a model of the mountains not far but out of view. We drop bait for Candian Crayfish against an island of concrete. But it is the island which takes our attention, our hosts aim to turn it into an oasis that captures our imaginations. No bites, but we are oriented, our week can start.

Our first aim is to spend some time thinking through what we might plan for the forthcoming intervention for FIELDS in Riga in 2014. Informed by our interest in key issues of location, fields of data, and the concealment of information, we are trying to consider how we can reconcile the landscapes in which we live, from the Eleonore to the bustle of London, Riga, Berlin or Paris, that which surrounds us, with that which lays beyond our grasp. We are trying to draw from this landscape a parallel field. A parallel field that includes the real and the present, synchronous and asynchronous, in material and electronic form. It is made from our own identities, the patterns and flows of our own daily lives, recorded, monitored and stored in data warehouses, collected by a thousand million devices, all talking without meaning, powered by power itself.

Our discussions move for hours on end like the Danube, through references to vessels and to architects, from information science to data. Across disciplines and discourse, we are led inexorably to the water and our purpose.

Drawing with form, we decide to develop an experimental field structure, a distributed sculpture that is both a form and platform through which we can intervene and respond to our environment. Partly informed by the modern geometric thinking of Buckminster Fuller, we have selected a single element drawn from a vocabulary developed with N55 in 2006, a verb in turn taken from the logical lexicon of structural designer Peter Pearce, who along with Fuller helped to create an aesthetic dogma that became an integrated element of concrete bunkers and the defensive look of stealth, whoce facets and planes underly a hidden logic of srength associated with soft creatures shells, the rigidty of the hive, the complexity of a spiders threads.

Just as we did with the Bird village created in 2006, as shown at Apexart in the same year, we would like to reunite this dogma with its natural origins described by Pearce: a hive or a network of habitats, inter-relating and performing a dual purpose. However, drawing on the idea of a parallel field, we consider how each platfrom will perform as an operator in an algorithm that draws its integers, real and imaginary numbers from across the field of remote sensing. We first start to talk of remote IP cameras, data sensing and street mapping. The form which we aim to test, on the water, how can it be constructed, how should it function, what is its purpose? We explore the concept of a camera rotating in the current, powered by the sun, sweeping the river bank – a google eyed river view.

We then consider the practicalities, what can be achieved in 10 days, and how can we also integrate within our context, the Eleonore and its inhabitants? We are reminded of the first night in a serendipitous moment. The nesting mallard and its clutch are gone, sheltered in the skirts of our floating shelter, a weasel or stoat is the thief. And then we recount our wakening on the first night to the beating of wings on wooden boards, a flight cut short by tiny teeth.

And so we realise what we must do, we must subvert the logic of our platform, this parallel field must be drawn so that it can align it to the needs of the Eleonore.We cannot counter yet the ideologies of an intelligence network in the space of a week, there is research to be done, from algorithms to the material geometry of events, we must first respond to our context.

There is only time to discuss our plans for mass 3d printing, laser cut patterns and an integrated algorithm dispersed amongst the inhabitants of Riga. We see a vision of a parallel network, described and distributed, a vast counter surveillance network which conceals another purpose.

With tongue in cheek, we construct the first of our platfroms. A counter surveillance platform, whose aesthetic dogma conceals its purpose, a place of shelter, a modern nest for ducks. Built from reclaimed material, we slowly create the first part of a much larger narrative. One that will engage with conspiracy and surveillance, with information and classification, with open source culture and mass manufacturing. A story that will include fact and fiction, conspiracy and information, a naturalist called Max well Knight and an artist called John Latham. This is simply the first building block of a more complex form, one element of what might become an open prism. 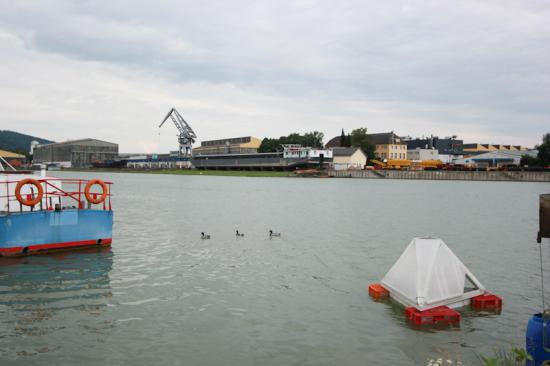 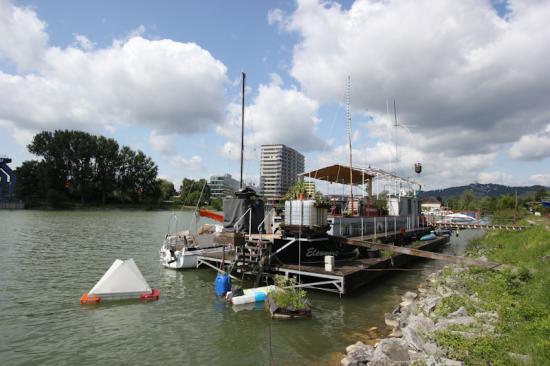 Prototype in the making 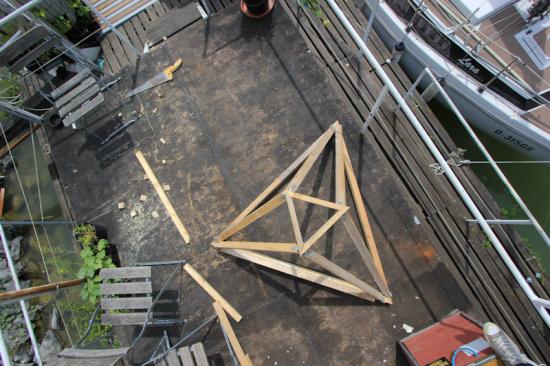 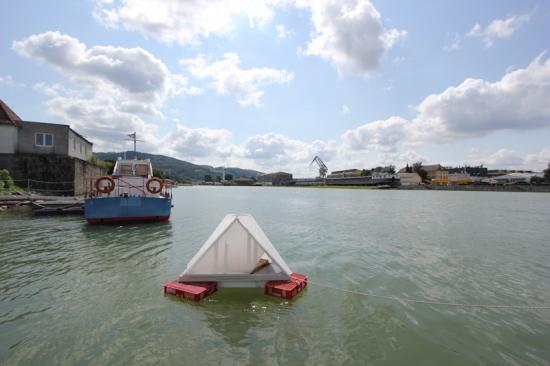 Chemie Linz' gift to the environment 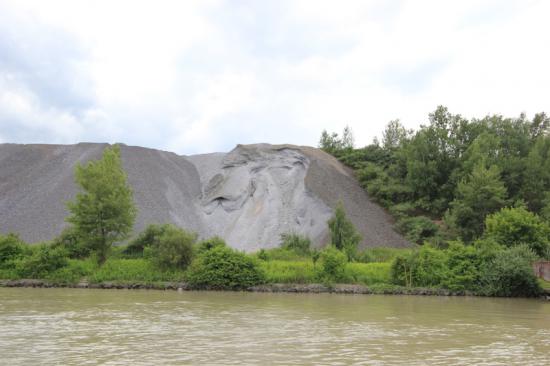 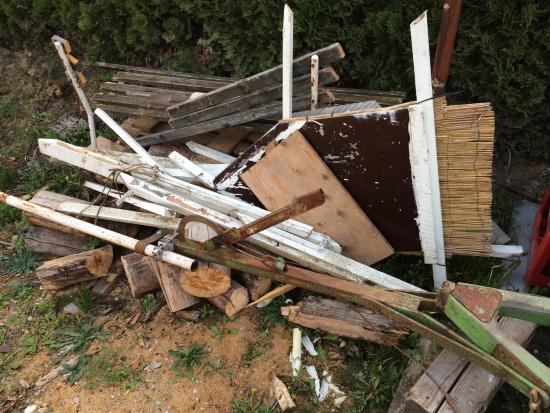