Already a 2nd film situated during 2nd World War period, we are going to watch. This time not Life Boat, but a submarine - Das Boot . A story based on the actual experiences of photographer Lothar-Guenther Buchheim (played in the film by Herbert Gronemeyer) who chronicled his wartime adventures in a best selling semi-autobiographical novel published in 1973. In addition to the insights into submarine warfare provided in his novel, many of Buchheim's photos of the interior of a German U-boat proved invaluable in recreating the look of life on the submarine.

The film centers on the dramatic shifts that occur on board a U-boat patrolling the North Atlantic in 1941 as experienced by the submarine's strong-willed Captain (Jurgen Prochnow) and his crew.

The gloomy, doom-filled ambiance of Das Boot, in which every battle seems like the crew's last, was backed up by historical fact. Of the 40,000 members of German U-boat crews who served during WWII, only 10,000 survived.

(Based on article by Felicia Feaster)

It was the most expensive German film ever made and was nominated for six Oscars. As one critic said: "The only thing that was missing from the film was the stink of unwashed men, cooked food, diesel oil, mould and fear".

And where it could be a better place to watch such a story than aboard of a ship?
Monday 20th October 2014
Eleonore Ship, Am Winterhafen 26 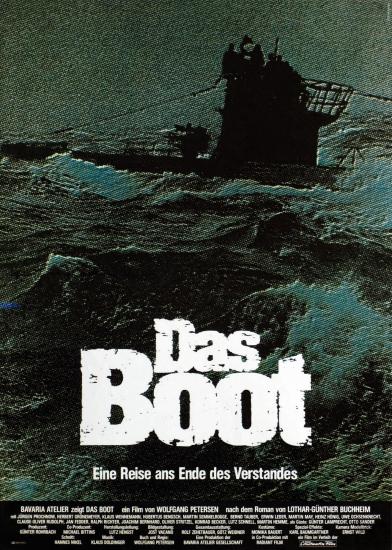